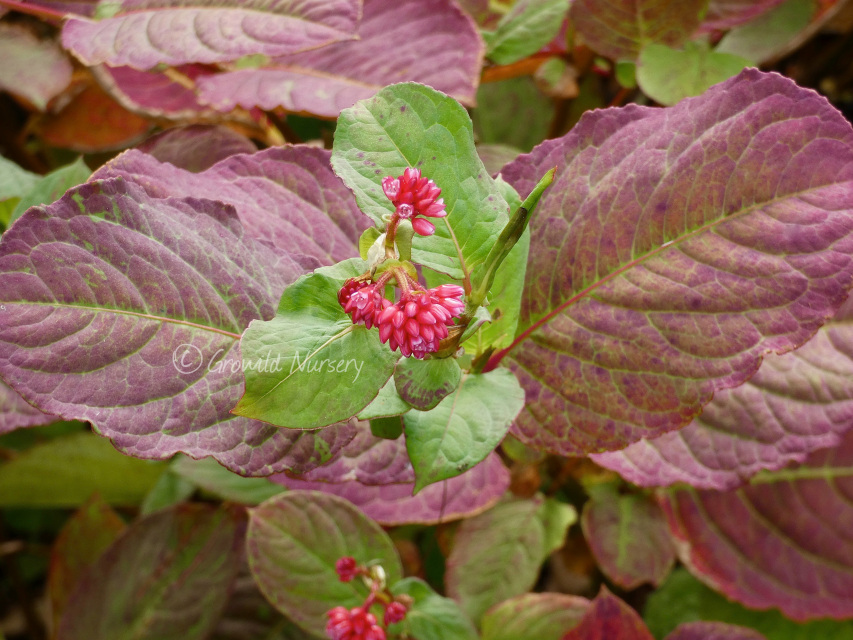 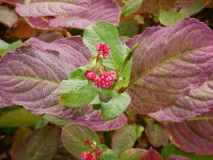 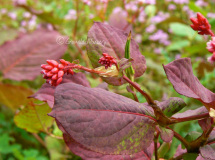 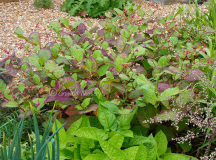 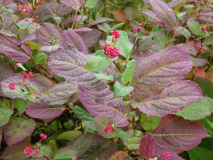 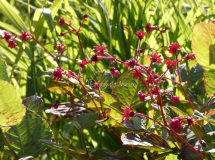 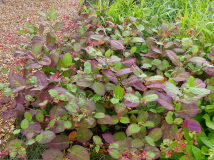 8 seeds per packet. An amazing introduction that has become one of our all time favourite, late flowering perennials and was collected by the late, great Michael Wickenden from the Mishmi Hills in India. It was originally introduced as Persicaria 'Indian Summer' (species ex. India) and after some searching we have found that its true identity is Persicaria chinense var. ovalifolium. Vivid pink/red flowers from summer into late autumn and large, rounded leaves that turn a dramatic purple if grown in full sun. Height 55 cm. Average to moist, well-drained soil in sun to part shade. Cold germinator. It rarely produces seeds with us (which are individually formed in a black berry) so packets are very limited!