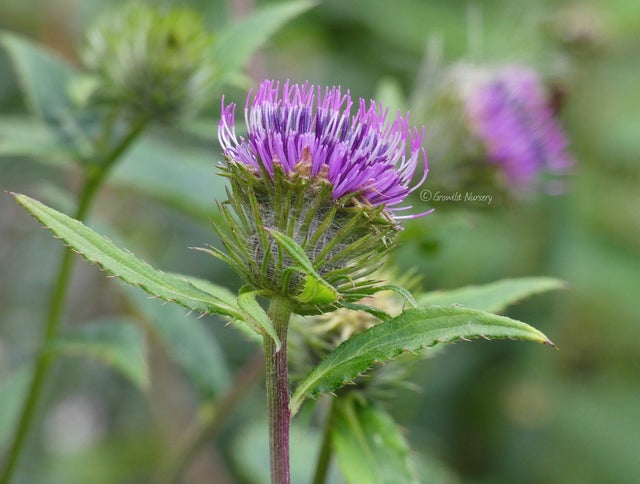 10 seeds per packet. A perennial, clump-forming, non-spikey thistle species that is native to the Korean mountains where its young leaves are harvested as a wild vegetable (it's also believed to have health benefits). It flowers non-stop from July into October and it's highly ornamental with purple-pink flowers held on erect stems. It is also the plant that has attracted the most Bee 'action' this year in the gardens. In fact, we don't think we've been able to take many photos where there hasn't been a little furry fellow enjoying it! Height 1.2 metres. Sun to part shade in moisture retentive soil. It is pretty scarce in cultivation and we believe we are the first nursery to offer home grown seeds that are not imported from Korea. Cold germinator.