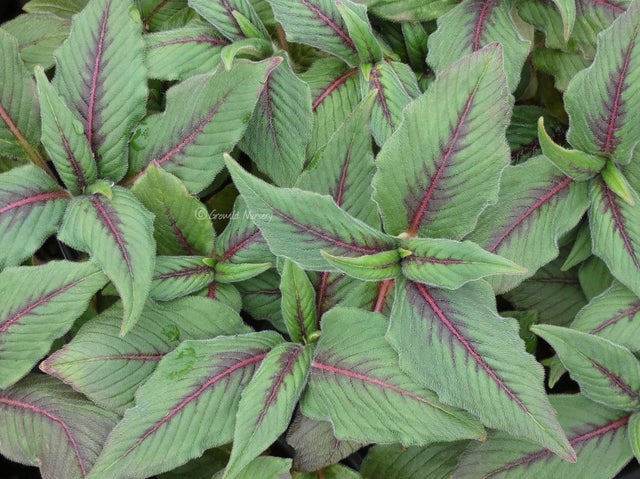 Persicaria campanulata CBCH292 Back in stock 2023

A form discovered by Cedric Basset on Mount Emei in Sichuan, China. It is almost identical to the variety Persicaria campanulata ‘Madame Jigard’ but, while ‘Madame Jigard’ has a reddish-bronze centre vein in the leaves, this form possesses a rather striking, thick, red-stained vein in the leaves (this fades in time). An outstanding, semi-evergreen perennial, forming good ground cover, that flowers all summer into late autumn on tall stems with pretty, tubular flowers, which start out pink then gradually turn to white. Height 130 cm. Average to moist, well-drained soil in sun to shade.